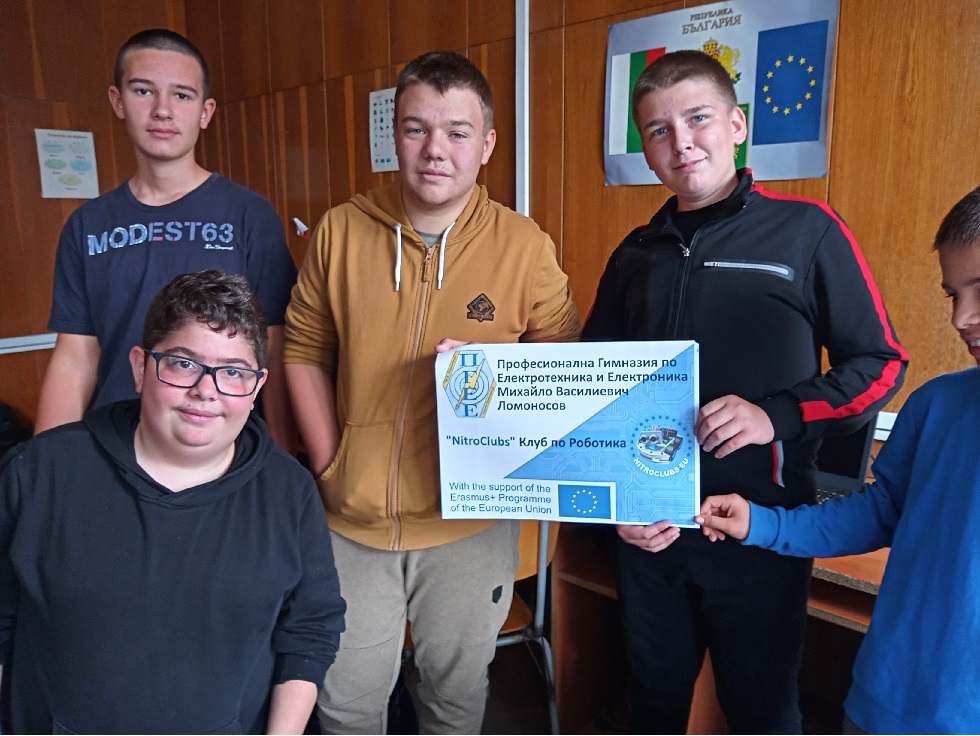 On September 30 the PGEE M.V.Lomonosov Robotics Club officially unveiled and launched the local robotics club. The Nitroclubs.eu project was presented before students and faculty in the school auditorium and students were given the opportunity to ask questions and look at the project roadmap. The project team demonstrated currently developed educational robots and the task they would be capable of performing including but not limited to: line following, maze solving, moving through a non-defined obstacle course, and also the integration and usage of an AI camera for recognition of objects and people. The NITROBOT educational robots was well-received by high school students of all ages and drew great interest from students who specialize in applied programming and computer technics and technology. The PGEE M.V.Lomonosov Robotics Club was founded during the course of the Nitroclubs.eu project and consists of the following members: Eng. Milena Dimitrova – team manager, Violina Stoyanova – programmer and Svetoslav Tsanev – English teacher.